We are actively fighting for consumers. Please help us continue fighting for you. Every dollar counts. Thank you. 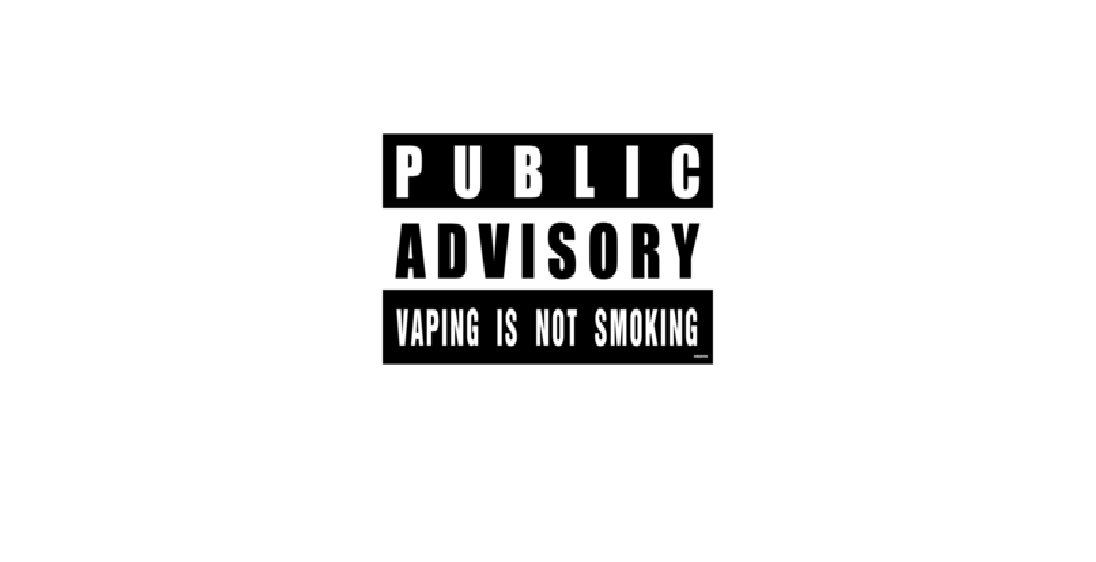 To All Vapers/Smokers In Canada. We have acquired over 10,000 signatures on this E-petition  E-1237 ( official petition to government of Canada) We urge all to do their part to insure the consumers voice is heard. We are ready to put forward additional measures to insure consumers are no longer ignored by our elected officials. Thank you all for your support. re:

The THRA opened its statement by explaining the differences between e-cigarettes and HnB devices, adding that despite the fact that vaping products contain no tobacco, they tend to be labelled as tobacco products.

“What are vaping products?

In its simplest form vaping products produce an inhalable vapour which may or may not contain nicotine, as opposed to tobacco products which produce smoke.
This however does not provide a useful definition: There are a growing number of diverse types of vaping product entering the tobacco harm reduction market. These would include, for example: Electronic Liquid Vaporizers (“ELV’s”); Heat not Burn vaporizers (“HnB”) such as IQOS, Ploom and Glo – Tobacco Companies also produce ELV’s
At this point in time there are two types of vapour delivery, ELV’s produced by independent companies and the tobacco industry, and

E-cigarettes as a safer alternatives to cigarettes

The THRA statement then moved on to address the number of concerns associated with vaping products, pointing out that scientific research has shown that e-cigarettes do not contain the deadly substances found in cigarettes and hence they should be considered as safer alternatives.

So far there is no evidence of harm as a result of ELV use. All that exists are two distinct arguments: That ELV products will lead to long term harms and that we do not know enough about ELV’s.  What we do know is that ELV products do not contain the harmful ingredients found in cigarette smoke and on that basis, they are far, far safer than smoking.”

Subsequently, the statement referred to a number of studies, which clearly indicate that vaping is significantly safer than smoking and should be considered as a harm reduction practice for smokers.

“And now ‘real’ evidence is beginning to emerge. The following refers to a study which is thought to be the first looking at long-term vaping outcomes in “real world” users. The study which assures us of the minimal risk inherent in ELV use and was by researchers from a number of institutions, including University College London, and the Roswell Park Cancer Institute and Centers for Disease Control and Prevention (both in the US).
What is very interesting about this study is the way in which it has been reported. Its weaknesses have been deliberately highlighted:  The audience is clearly informed about recall bias and confounding. You can see this in the UK National Health Service publication, “Long-term vaping ‘far safer than smoking’ says ‘landmark’ study.” (here).
So, it is a landmark study, not just because it was the first of its kind, but because it demonstrates a degree of honesty not to be found in ‘studies’ proclaiming harms from ELV use.
It is the inherent dishonesty / incompetency which is the bedrock for supposed evidence of harm, or the potential for harm, from ELV use.”

The THRA proceeded to list a number of unsound accusations that have been directed at vaping products, and that are still circulating and informing policy around the world, despite being disproved.

“There has been a tsunami of accusations purporting to be evidence of harm from ELV use. In fact, all it amounts to is wave after wave of headline generating, click-bait rubbish.
Examples of this can be found in the claims that ELV use will lead to:

And so, it goes on, and it is the role of The Tobacco Harm Reduction Association of Canada (THRA), as with other consumer organizations, to attempt to educate the public so that they can choose a safer alternative to smoking if they so wish.

The Harm Reduction Association then turned its attention to HnBs, pointing out that despite not being as safe as e-cigarettes, they are still safer than regular cigarettes, and should therefore be also endorsed as safer alternatives and be made available to those who wish to use them for smoking cessation.

The position of THRA with respect to any product there has to be harm reduction.  If a product replaces smoking and is safer than smoking it should be endorsed. However, there are degrees of safety and there are issues pertaining to availability and choice.
That HnB is safer than smoking is not in question. The manufacturers of the products estimate that they are approximately 80% safer than cigarette smoking. The fact that these devices heat tobacco and operate at higher temperatures than ELV’s probably accounts for reduced safety levels in comparison to ELV’s which are estimated to be at least 95% safer by Public Health England.
This being the case, we are dealing with ‘safer’ and ‘safest.’
THRA will not actively promote HnB as things stand because ELV’s are the safest alternative to smoking. But this is not the real issue.
The real issue is consumer choice
Where the tobacco control movement has engaged in some very dubious practices in order to force people to stop smoking, THRA (and others) see it as their mission, not to coerce, bully, harass and terrify smokers through denormalisation programmes, but to inform and to encourage through education: to show people that, if they are smokers, there is a choice: To let people know what these choices are, and this includes HnB products. This is not an endorsement, simply a matter of stating the facts.”

The THRA concluded by explaining the current regulatory atmosphere, pointing out that certain countries have created regulations that are making it easy for the tobacco industry to thrive and impossible for the harm reduction-focused vaping industry to truly have a chance to succeed.

“Many vapers worry about the power of the tobacco industry.  They worry that corporate tobacco will use its financial muscle to damage / absorb the small, independent ELV industry – this is normal in any market and it is up to the independents to maintain the highest standards and use the tobacco industry’s inability to create variety against it.  Big Tobacco’s most aggressive moves in the vaping space have yet to come however the stock market’s reaction to the realization as to how deep vaping has cut into Big Tobacco’s current and future market share will hasten a new war on ELV’s.
Choice however is difficult where countries create regulations which favour the tobacco industry. For example, by creating regulations:

Anything that reduces the market or restricts the public’s ability to choose must be countered.”

The THRA stands for Harm Reduction and Honesty

The association emphasized that unlike Tobacco Control organizations it will not stand for the spreading of misinformation and the use of scare tactics, but will promote science-based facts and strive to spread the truth about safer alternatives.

“What THRA will not countenance is the adoption of the language and tactics of Tobacco Control – They are destructive and ultimately self-defeating.
THRA, unlike Tobacco Control, will not resort to the bullying and harassment of smokers in order to make them quit. It will never be guilty of mission creep or allow itself to be ‘bought over’ or ‘captured’ in the way that Tobacco Control and other health agencies have.
THRA stands for honesty, the promotion of science-based policy, and the right for the individual to have choice in his / her search for the best possible lifestyle.”

Nothing About Us Without Us

We are continually  redesigning our website for easier access to information and membership access. For now some of our content may be accessible to members only. Please visit back often as we continually update news and facts on Harm Reduction .

Tobacco harm reduction
(THR) is a public health strategy to lower the health risks associated with using nicotine, as an example of the concept of harm reduction, a strategy for dealing with the abuse of other drugs. Smoking tobacco is widely acknowledged as a leading cause of illness and death.[1] However, nicotine itself is not very harmful, as inferred from the long history of use for nicotine replacement therapy products.[2] Thus, THR measures have been focused on reducing or eliminating the use of combustible tobacco by switching to other nicotine products, including:

It is widely acknowledged that discontinuation of all tobacco products confers the greatest lowering of risk. However, approved smoking cessation methods have a 90% failure rate, when used as directed.[1] In addition, there is a considerable population of smokers who are unable or unwilling to achieve abstinence.[3] Harm reduction is likely of substantial benefit to these smokers and public health.[1][2] Providing reduced-harm alternatives to smokers is certain to result in lower total population risk than pursuing abstinence-only policies.[4]

The strategy is controversial: proponents of tobacco harm reduction assert that lessening the health risk for the individual user is worthwhile and manifests over the population in fewer tobacco-related illnesses and deaths.[3][5] Opponents argue that some aspects of harm reduction interfere with cessation and abstinence and might increase initiation.  Source: Wikipedia

We believe based upon  recent clinical studies, research and interventions by professional Tobacco Control Specialist, that the over-all benefit to human suffering demands those opposing THR re-consider their motivation for opposing less harmful products. We further believe modern technology be utilized to significantly decrease such harms to smokers and that promotion of personal vaporizers PV’s or ENDS ( electronic nicotine deliver systems ) as they are referred to by opponents; be considered as a ” primary ” tool for smokers seeking to end their smoking addiction.

Board of Directors  THRA  –  Tobacco Harm Reduction Association of Canada